"One more man gone" - In Memoriam

Top Posters In This Topic 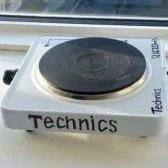